All You need to Know about Mailing Weed you bought Online

Shipping weed through the mail is a federal crime – even though half the states in the country have legalized marijuana in some form.

Although data is still being collected and analyzed, two of the reasons for this increase are thought to be the following:

This rise comes despite the 4% decrease in the number of arrests for mailing controlled substances overall. 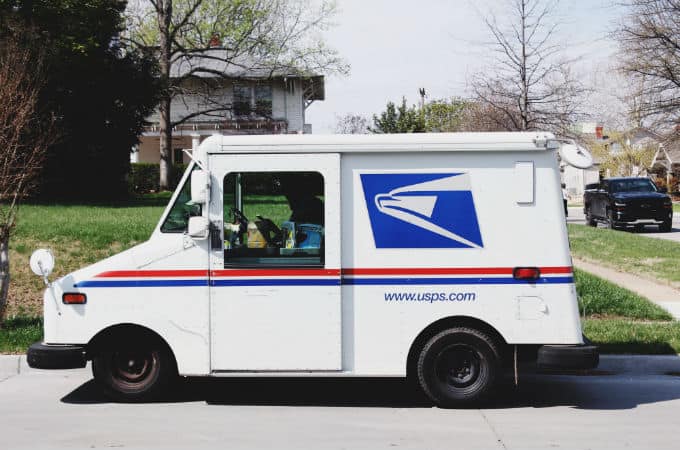 Although shipping marijuana is a great way to share and distribute weed, and people do it every day without consequence, it is very stressful because you’re playing with fire.

The only way to completely avoid trouble is not shipping weed at all – and if you do, don’t mail more than 28 grams (one ounce) because any punishment rises significantly at that point.

Under the Controlled Substances Act, cannabis marijuana is still mysteriously considered a Schedule I drug, which, according to the United States government, means it has great potential for being abused; it also means that it’s not accepted as medicine. Trafficking a Schedule I drug can result in prison time if more than 28 grams is shipped. Shipping weed of more than 50 grams means any sentence will worsen dramatically.

If you do insist on shipping marijuana, it’s good to possess a valid medical marijuana card that allows for the possession, transport, and consumption of medical marijuana. However, be aware that this is not always bulletproof.

Let’s take a look at some of the risks:

Mailing Marijuana – Does It Matter Where I Ship It?

Yes and no. So let’s take a look at specifics:

If marijuana is shipped over state lines, it is ruled to be interstate commerce, which means it falls under the jurisdiction of the DEA and the feds. This magnifies the seriousness of any charges you’re subject to.

We strongly recommend not shipping marijuana over state lines.

The answer is: DON’T DO IT. It’s illegal, although half of the remaining states had legalized weed, it’s considered ‘to be interstate trafficking.’

Sending marijuana is always under the Controlled Substances Act (law signed into law in 1970 by the former president Richard Nixon) marijuana is considered as a Schedule 1 drug ‘those with currently accepted medical use and a high potential for abuse.’ So, yes, even sending a small amount from one legal state to another, it’s not worth breaking a federal law!

If you want to increase your chances of mailing weed safely, keep it in state. This is, by far, the best way to mail weed.

Still, ship it properly to avoid unwanted detection and hassle.

In fact, many law enforcement officials are on record saying that they don’t want to waste time on trivial marijuana cases, so if you do ship weed, wrap it and package it well.

If we have problems sending marijuana between legal states, imagine shipping it internationally… First of all: it has to go through customs. Your weed will be a lot of x-rayed when it arrives at the country and if you get caught, the law is even worse when you send drugs internationally. So, we don’t recommend this, AT ALL.

As you know, however, this is the real world, not a fantasy. That means mailing weed safely is not guaranteed despite any precautions you take.

It also means that the Feds don’t always abide by the Constitution or respect states’ laws and/or individual rights when it comes to shipping weed. Raids still happen and having packages seized is still common, which could result in various types of trouble, such as arrest at gunpoint or the freezing of bank accounts.

Furthermore, feds and other law enforcement have upgraded their drug detection systems, such as x-ray scanners, to detect marijuana or pick up images that can get you in trouble.

They also use drug-sniffing dogs to detect odors permeating from packages, containers, and even plastic bags. To increase your chances of avoiding trouble from shipping weed, use airtight bags that zip tight and keep the skunky smell out; remember, a dog’s sense of smell is as much as 100 times more sensitive than yours. If you can smell something, you know the dogs will; and even if you don’t, the dogs still might.

One thing to always keep in mind: though shipping marijuana within your state might be less risky, it’s still subject to the strict interpretation of the overzealous Feds, who might do anything to capture or arrest you, regardless of the law.

With the legalization of Cannabis in some states, new weed delivery companies are starting to appear,  and you can order weed and weed related products online. If you’re planning on ordering with Eaze we recommend you to check our Eaze coupon code article where we constantly update and add all the new coupon codes.

And another safe and great way to ship marijuana is to get a weed subscription box. The vast majority of those products only send paraphernalia, but some other (as The Club M) send weed products directly to your house.

What Makes a Package Suspicious?

There are a variety of things that can raise suspicion from shipping employees and postal inspectors.

Because these methods can’t be opened without a warrant, allow for tracking, provide specific delivery times, and have a high shipping weight limit (up to 70 pounds) – which make them more reliable, secure, and discrete – they raise a lot of red flags.

Other red flags include the following:

To increase your chances of successfully shipping weed, here are a few things to avoid:

Which Shippers Should You Use To Ship Weed (And Avoid)? 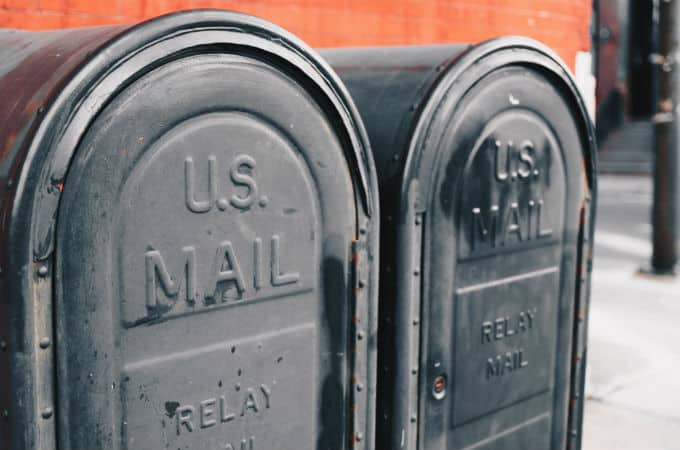 Believe it or not, the carrier you use is important, as not all of them treat the act of shipping weed the same.

The USPS is an agency of the federal government, so it must obey federal guidelines to the letter. Under U.S. Code 1716, it’s a felony to use the U.S. Postal Service as a method for mailing marijuana, even within the territorial limits of pot-legal states such Washington, Colorado, and California.

Thus, you might be surprised to learn that many veteran shippers prefer the USPS to UPS, DHL, and/or FEDEX because it has clear requirements restricting the number of random package inspections. This protection falls under the Fourth Amendment, which states that postal inspectors can only get a search warrant when it’s based on probable cause.

Otherwise, employees are not allowed to open and inspect mail and parcels.

However, you can be busted and subject to punishment such as fines and/or jail time if the following applies:

According to the USPS itself, the Fourth Amendment protects first class letters and parcels from being searched and seized.

Don’t forget a crucial tidbit, though – federal law trumps all other laws of the land, including state laws. Thus, mailing marijuana is illegal regardless of method of transport.

Shipping weed via the USPS offers a modicum of protection against search and seizure, which understandably seems to make it the safest way to ship marijuana. Yet, as a Federal entity, the US postal service complies and works with the DEA to enforce anti-trafficking laws. And once a package containing marijuana crosses state lines, it’s instantly a federal crime, which exacerbates the issue considerably.

The consequences? It comes in the form of punishment of up to a year in federal prison and/or a fine as high as $250,000.

These private entities have the right to open and inspect any package at their own discretion and without any cause for suspicion. They are not federal agencies, so if they come across a suspicious package, they don’t have to obtain a warrant to open, search, and seize it.

In fact, it’s been ruled by the Supreme Court that the act of allowing a private third-party entity to handle your package means you forfeit the right to any expectation of privacy.

Even worse, these large private carriers have shown time and again that they are willing to comply with federal regulations and cooperate with federal law enforcement to crack down on mailing marijuana and other illegal drug trafficking offenses via courier. Here are two of the more famous recent examples of this:

Although neither case involved shipping marijuana, it’s proof that private carriers such as UPS, DHL, and FEDEX will comply with the Feds and monitor packages for illegal drugs.

Do These to Limit Your Risks

You’ve already read about what not to do should you insist on mailing marijuana. But here are several things you can do to limit your risks of getting in major trouble:

These things are the difference between the recipient enjoying their weed or both of you ending up in court.

So, too, does the lure of shipping weed through the mail, which makes it easy to get complacent.

Don’t be fooled. Be diligent about shipping marijuana through the mail.

Although half the states in the country plus the District of Columbia have legalized weed, shipping marijuana through the postal system or via courier remains illegal. And because of this increase in the number of states legalizing weed, the DEA is keeping a close eye of packages being shipped now more than ever.

Federal law still considers marijuana illegal, and despite being legal in 25 states, mailing weed or transporting it across state lines is still illegal.

Buy these 10 to Marijuana Strains for Depression

Which Marijuana Strains Should I Order for Anxiety?